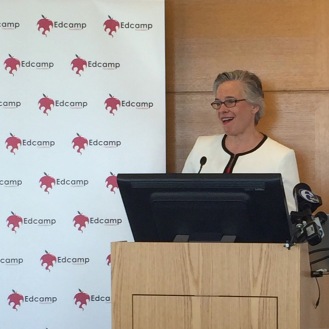 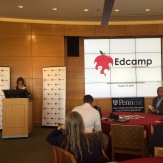 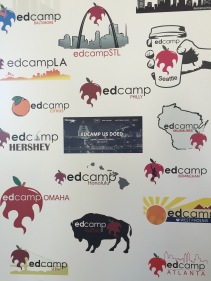 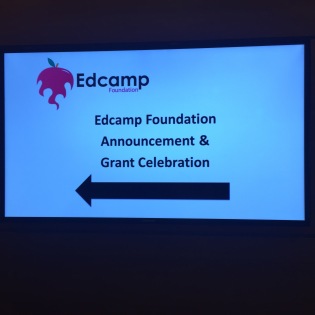 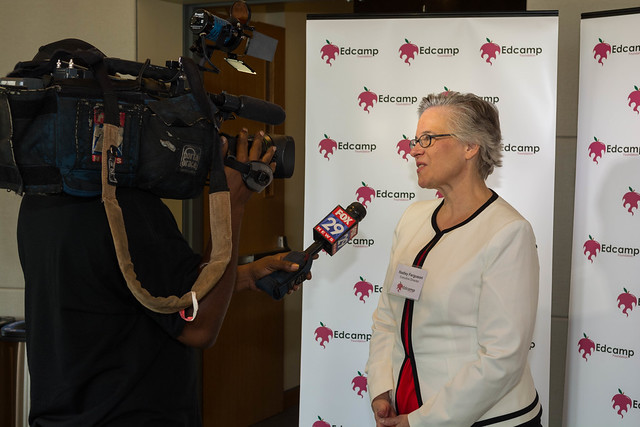 I attended the Polyvision Education Technology Learning Symposium on Saturday. It was held at Steelcase‘s offices at Columbus Circle with ridiculously posh seating options and gorgeous views of the southwest corner of Central Park. The two people I know best at Polyvision are Amy Brandt (of the Education Team) and Dennis Guidera (my Territory Sales Manager); They are Eno superstars, and I have had the priviledge of learning from them for the last couple of years (as my school has purchased more Eno boards) and having them support EdCampNYC and TEDxNYED.

On Saturday, the day began with a presentation by Bruce Friend (@SASeducator), the Director of Education Practice at SAS Curriculum Pathways. Bruce talked about their free curricular materials that include a lot of digital content for teachers that help integrate educational technology.

One of the more compelling moments of Bruce’s slideshow consisted of an image of a glass of milk. Bruce stated that he would argue that the milk has undergone more innovations than education.

Besides sharing that there are more honor students in China than total students in the US, Bruce quoted statistics from The Silent Epidemic: Perspectives of High School Dropouts. (This is a report for the Bill & Melinda Gates Foundation by John M.Bridgeland John J.DiIulio Jr., and Karen Burke Morison.) Of the HS droupouts surveyed: 88% had passing grades, 69% were not motivated to work hard, 66% would have worked harder if more had been demanded of them, 81% called for more real-world learning opportunities, and 70% were on track to graduate and still dropped out. Slides from the report are included below:

After Bruce’s presentation, Buzz Wood took the stage. Buzz is a National Account Manager and Territory Manager at PolyVision, however I had a hard time appreciating anything but his name at first. Buzz presented about Eno and iPod/iPodTouch integration. I learned buzz words from Buzz Wood: He described the new Interactive White Board (IWB) as a “digital dashboard” that helps “mobilize conent” into “learning objects.”

Buzz shared that there are now user defined icons on the new Eno magnetic strip. Amy Brandt (bless her heart) piped in to say that if you click the Polyision driver, you can “show onscreen icon strip” and there are two available icons to program for Safari or Keynote or specific webpages (like your district’s Acceptable Use Policy…)

Air Sharing – The easiest way to view your documents on the go. Buzz showed how one can share files from the presentation machine, select the “save in” path to be a folder or desktop that is then pushed to all shared devices.

Whiteboard – I’ve had this app on my iPhone for years just so my niece could draw pictures. I had no idea Whiteboard also allows iPad to iPad or iPad to computer collaborative drawings. I have so many ideas for how to use this with the little kids. As you can insert an image, imagine having a number chart on the screen and using red to circle the even numbers or green to circle all the multiples of 5.

Air Display – Ever wish you had an extra display for your Mac or Windows computer? There’s an app for that! With Air Display, you can use your iPad, iPhone, or iPod touch as a wireless display, to extend your computer desktop.

After Buzz, Matt Finucane of Carteret, New Jersey spoke of a project he worked on with his special educaiton students, two other teacher colleagues, and Amy Brandt. They partnered with a school on the Isle of Eigg in Scotland to participate in an extended relationship to learn about each other’s cultures. Using Skype, they shared lessons during a common time (New Jersey mornings and Scotland afternoons). The kids also made informative videos about their home town’s to share with their new friends overseas. The awesome combined efforts of their collaboration can be seen here: