Reliving favorite moments from #TED2014 via the @TEDTalks weekly newsletter… 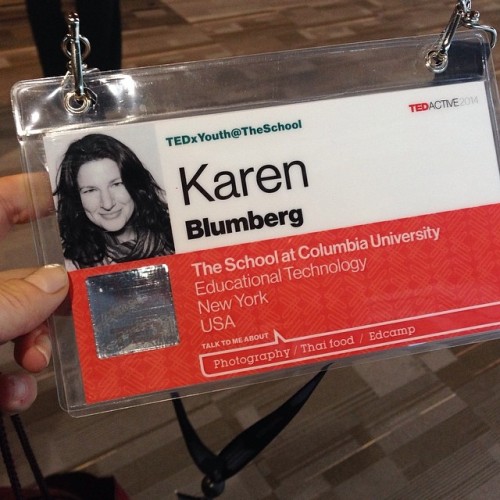 On the bottom right of TED.com is a little subscription widget that invites, “Sign up for our daily or weekly emails to receive notifications whenever new talks are published.” It’s so worth it.

I was privileged to attend TEDActive two months ago. It was the 30th anniversary of TED (TED = Technology Education Design) and their first annual event in Canada, so I knew it would be special. I’m still deconstructing all that I experienced and learned while there, and the weekly email updates I receive from TED is a lovely push to listen anew to awesome people sharing their passions. I’m still awaiting news of more uploaded talks from TED2014 including those from Sara Lewis, David Kwong, Moshe Safdie, and many others. Plus, AJ Jacobs and Ben Fry spoke live at TEDActive, and it would be great to be able to watch and share the videos from their talks too…

Here’s a sampling of some of my favorites from TED2014:

Chris Hadfield:What I learned from going blind in space

Randall Munroe: Comics that ask “what if?”

Hugh Herr: The new bionics that let us run, climb and dance


Lawrence Lessig: The unstoppable walk to political reform (Larry spoke at TEDxNYED in 2010!)