Collaborating with a #MakerCamp participant to design a fidget spinner in @BlocksCAD! @LuigiTeaching will be printing it on our @Ultimaker next! #MakerEd #STEAM #ArtEdTech @UMNA_education @BrearleyNYC 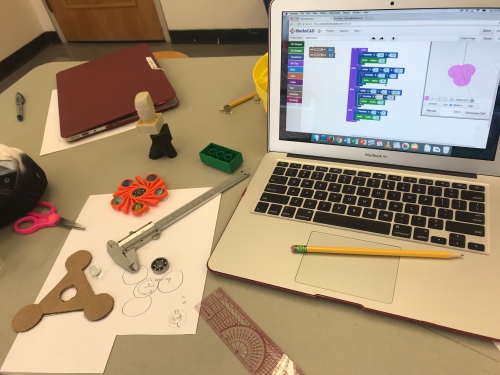 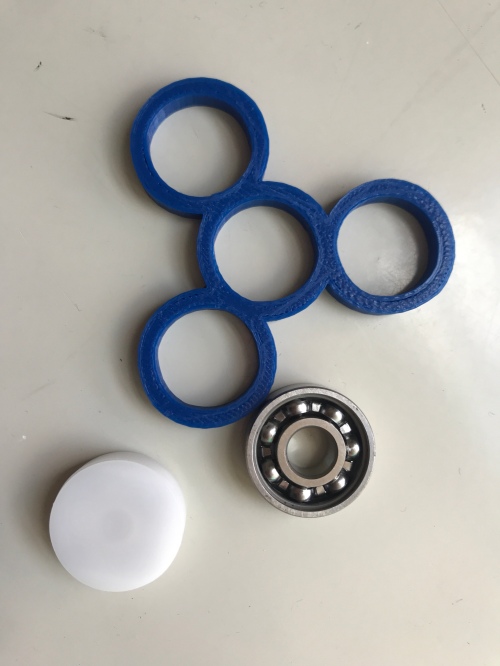 Last week, Class II completed their Lenape “buzzer” toy project. Luigi Cicala (@LuigiTeaching) is an amazing artist, teacher, and Director of the CoLab, The Brearley School’s soon to be launched makerspace. In anticipation of having an actual physical space dedicated to making, fabricating, and project based learning, Luigi has been developing creative, integrated, and thoughtful STEAM-rich projects with faculty across multiple grades and disciplines. With this in mind, Luigi ideated a variety of projects to correlate with Class II’s study of The Lenape. This year’s chosen project was to create a “buzzer” toy — I totally remember making these as a kid with yarn threaded through plastic buttons (or drilling holes in a wooden disk). Now that we’re well into the 21st Century, these students used an iPad to design the button shape that were 3D-printed for them.

Students talked about shapes and symmetry while creating paper designs with Luigi and their classroom teachers, Rebecca Chynsky (@rchynsky) and Betsy Warren. Additionally, girls could use paper divided into quadrants to sketch a design to gain a sense of symmetry and test for it by folding along the lines (or axes). While the concept of symmetry might not be readily understandable, folding a shape and seeing if it overlaps fully (either up/down or side/side) is a fun exercise. See examples of Marina Jackson’s folded sketches in the photo below.

In computer class with Virginia Avetisian (@vavetisedu) and Marina Jackson, students used Doodle3D on the iPads to sketch a shape with their fingers, give it some height, and include two cylindrical holes (like a button). These were exported as STL files and printed using our Ultimaker Original+ printers which were built from kits a few years ago by upper school students. I helped with the actual printing and spent many hours over the next few weeks ensuring each student’s digital sketch was transformed into a plastic “buzzer” for their enjoyment. 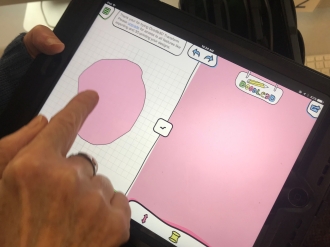 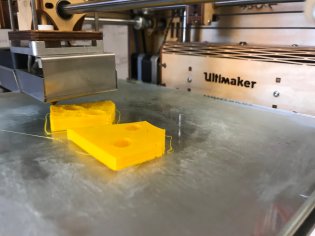 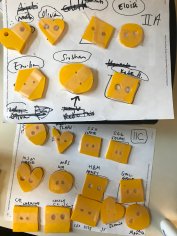 THANK YOU @KarenBlumberg for all the hard work you have put into this Lenape-toy-inspired #maker project @BrearleyNYC, can’t wait to see all the pieces come together! https://t.co/xwCBHkstQT

Here’s a video of one of our “buzzer” toy prototypes in action!

Amazing 3D printers made with Legos, EV3, and a 3D printing pen.

How much do I love my PLN? Let me count two ways…

Luigi Cicala (@luigi_teacher) of The Brearley School shared this post on one of my GoogleGroups:

I ran into Baz, an inventor at MakerFaire, and I think he’s created the best use ever for a 3d printing pen: he’s built a Lego EV3 3d printer using the pen as the extruder!

Then Maureen Reilly (@MaureenRReilly) of The Marymount School shared this!

Yes! Baz (or Marc Andre Bazergui)  is a good friend and also made an Instructable if you want to build this LEGO EV3 3-D Printer: http://www.instructables.com/id/EV3Dprinter/

This project has HUGE potential for Math connections – Baz’s printer currently can “only” be programmed to make polygons – but programming polygons is big stuff especially considering the Z axis!
The pens he uses are only $40 on Amazon. We have a few of them here and they are MUCH easier to use than the 3-D doodler (smaller in size)
http://www.amazon.com/Soyan-Drawing-Printing-Printer-Filament/dp/B00PTW7WEQ/ref=sr_1_4?ie=UTF8&qid=1456414266&sr=8-4&keywords=3d+pen