Here are photos and videos from yesterday’s @RoboExpoNYC. I love our annual celebration of creativity, ingenuity, perseverance, engineering, coding, and robots! #MakerEd #STEAM

Thank you to Hewitt School for hosting this year’s 14th annual Robo Expo yesterday! Many thanks to Erik Nauman and Jeremy Sambuca of Hewitt School, Hope Chafiian of Spence School, Michael Tempel of Logo Foundation, Lan Heng of Ethical Culture Fieldston School, Francesca Zammarano and Javier Alvez of United Nations International School, and Jane Moore (and me) for organizing again. Our event is a celebration of robotics, engineering, programming, physical computing, creativity, ingenuity, and perseverance. It’s a low-key, kid friendly, family-friendly, and age-appropriate afternoon, and I’m fiercely proud to be a part of the founding team since our first Robo Expo in 2005. 🙂

After completing a challenge, participants get robot stickers! This year’s challenges included:

You can view our tweets at @RoboExpoNYC. Here are images and videos below: 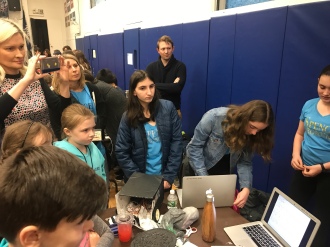 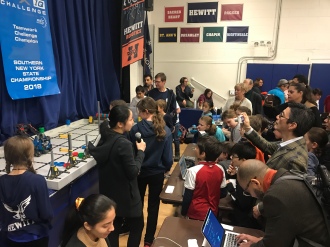 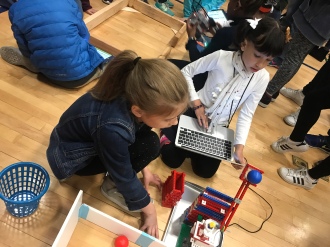 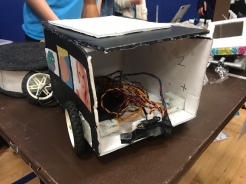 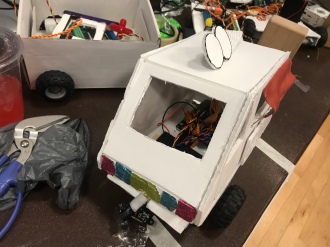 I coded some interactive faces with @p5xjs! Excited to share these with @BrearleyNYC’s Math Dept. #STEMed #STEAM #mathchat #CCfestNYC

1. Mouse movements cause eyes to look left or right

2. Mouse movements cause eyes to cross: 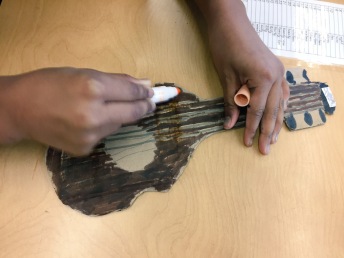 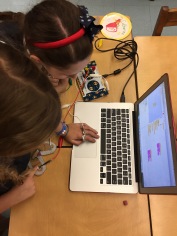 Notes and pics from “#TurtleArt: The art of programming, the programming of art” with @LogoFoundation. #artsed #STEAM

I spent the morning at a workshop, Turtle Art: the art of programming, the programming of art, facilitated by Logo Legends, Artemis Papert (artist / programmer) and Brian Silverman (programmer / artist)! The description of the program is pasted below:

TurtleArt is a microworld for engaging with art through code. It allows you to explore art, turtle geometry, and math. It brings programming and art together. The main focus of TurtleArt is to create static, two dimensional images. TurtleArt programs are built by snapping together blocks. Borrowing from the earliest versions of Logo, its language is centered around Turtle Geometry. The vocabulary of TurtleArt is small, therefore fluency can be reached fairly quickly.
In this workshop you will get an introduction to programming in TurtleArt. You will have lots of hands-on time to do your own exploration and create your own images. You do not need to have any previous programing experience. Just to be willing to try something new and creative. Our aim is that at the end of the workshop you will be comfortable with the basics of TurtleArt and able to continue to explore on your own and with your students.

Michael Tempel of the Logo Foundation posted this opportunity, and I usually attend everything Michael and The Logo Foundation host (because I love supporting him and his endeavors, and I love learning with other teachers). I’ve been exploring Logo (created by Artemis’s father, Seymour Papert!!) since the turn of the century (literally!), as it was in 2000 that I joined the faculty of Sacred Heart 91st Street and initially taught robotics and programming to Grades 5-7 using Microworlds and LegoDacta. Later, we used LogoBlocks (which eventually morphed into Scratch), RoboLab, and Mindstorms. I remember downloading and tooling around with TurtleArt years ago as well. Everything old is new again, and I’m excited to have had this day to re-explore TurtleArt with such influential artists, programmers, tinkerers, and educators!

First, let’s pause and thank Seymour Papert, Cynthia Solomon, and Wally Feurzeig for Logo! Second, Brian and Artemis wanted to create an application used primarily to make Art. How lovely is that? There is no coding complexity in TurtleArt, rather it consists of simple pieces of code give you incredibly complex images. Rather than making Build your own Block (BYOB) an advanced feature, they have children learning to name procedures (or little pieces) right away. (Note: Logo was founded around 1967, PicoCricket was founded around 2006.)

As per the history of TurtleArt, Brian said it started “because a rainstorm in Manhattan.” A flight from NYC was cancelled due to rain, so Brian, Mitch, and Paula drove to Boston where Brian caught a flight to Montreal. They thought Scratch was too complicated, so as a design exercise they took a version of PicoBlocks and put the turtle on the screen. They had a year when they were waiting for PicoCricket (a toy product) to pass safety tests, so this was time to think about this side project, TurtleArt. Would it be for design, math through code, or Art? Brian translated TurtleArt into Python for the OLPC program (remember One Laptop Per Child?).