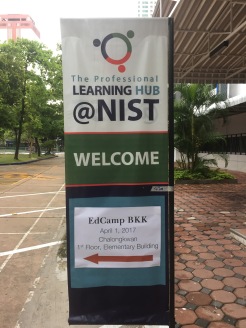 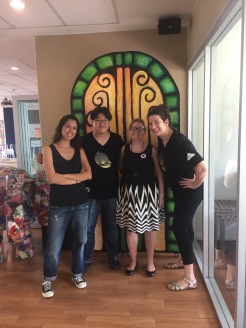 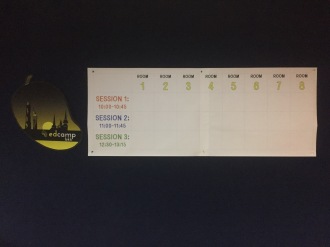 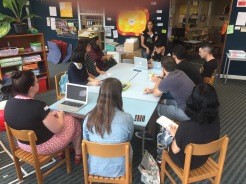 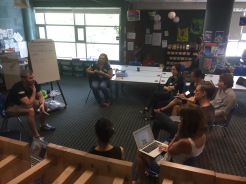 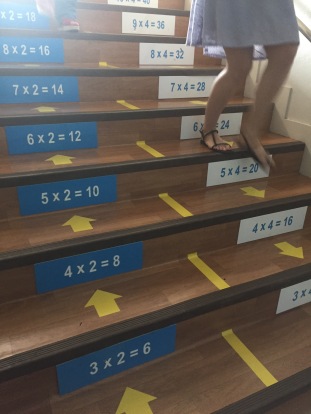 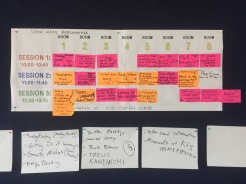 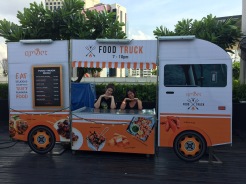 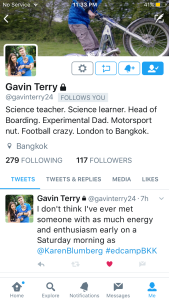 I just had such a great and productive conversation with Kindergarten teacher, Lauren Pemberton (@iampemberton)! Lauren came into the tech office asking about whether she should affix QR codes to class library books or use some other technology like augmented reality. I asked what she’d like to have happen, and she said she wants parents to be able to scan a code and see questions pop-up during read-alouds with their children that would be good prompts and conversation starters about the story.

I agreed that QR codes would work really well, since the QR code acts as a link to additional information by using any device. Each QR code is paired to a unique webpage that can be bookmarked or emailed or just left in the form of an open page on the device’s web browser. In contrast, augmented reality apps like Layar and Aurasma allow the book cover (or any image) to be used as a dynamic trigger that launches an overlay of information on the device’s screen. This is awesome, but that overlay would disappear as soon as the device is no longer hovering over the trigger (in this case, scanning the book via the app could launch an image containing a list of questions but only when the device is “seeing” the book cover).

I backtracked and suggested that Lauren and her co-teacher, @Jenn_Dare,  first build a Pinterest board full of books available in their classroom’s library. I totally got this idea from my friend, @KimBeeman, who is the amazing Head of the Library at The Shrewsbury International School in Bangkok, Thailand. Kim curates a wonderfully useful Shrewbury Library Blog and many Pinterest boards of the library’s collection organized by genre, grade, project, date aquired, and more.

So, Lauren and Jenn are going to curate a Pinterest board that is a digital representation of their Kindergarten library. Each book pinned to the board will have a unique URL (web address) and space in the description for Lauren and Jenn to post questions and conversation starters about that book. These pins also allow for comments from other users, so parents and teachers can add their own questions and prompts and share/network with each other. Yay for social networking about literacy!

Many sites allow you to make a QR code (like QR Stuff or QR Code Generator), so each book pinned on Lauren and Jenn’s Pinterest board will have a distinct QR code that gets printed and taped to the physical book in their class’s library. This enables students/parents/teachers to borrow a book, scan the QR code taped to it by using a QR reader (like QR Reader for iPhone or QR Code Reader) and launch a webpage for that book’s pin on the Pinterest board to access questions specific to the story.

Finally, I suggested that Lauren keep a GoogleDoc that consists of an ever-expanding table that includes the following information:

This will be tedious but worthwhile. After all of their classroom’s current  books are inventoried, pinned to the Pinterest board, and linked to a QR code, it’s just a matter of adding new rows to the table as any additional books are brought in to supplement their growing and evolving library. 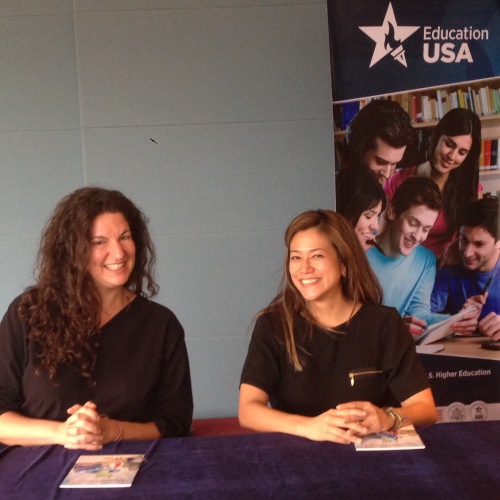 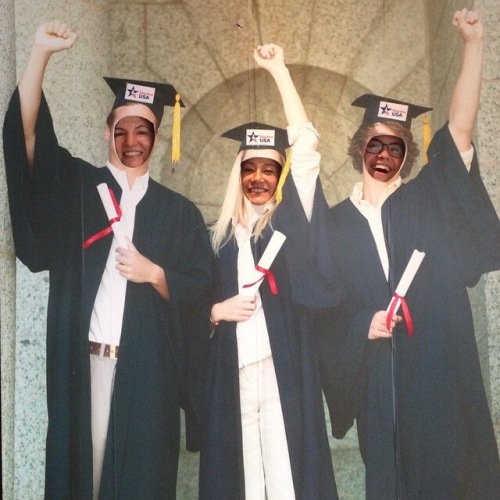 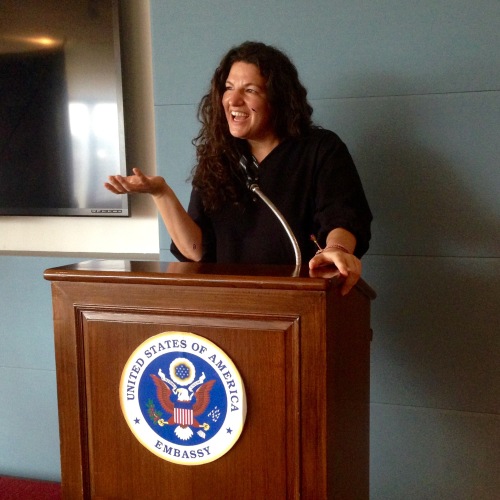 Chawadee Nualkhair (aka @BangkokGlutton) was my freshman roommate at Bryn Mawr College, and I’ve stuck like glue to her for the last 24 years. I’m currently on a personal leave and based in Bangkok as a guest of Chow and her family. Chow and I were proud to represent @BrynMawrCollege as panelists for an event encouraging young women to consider the unique benefits of a women’s college.

Many thanks to Chris Schultz for introducing us to the amazing and dynamic Liz Jacobs! Liz graduated from Bryn Mawr in 2012 and is currently based in Chiang Mai, Thailand working with EducationUSA to help to provide “international students with accurate, comprehensive, and current information about how to apply to U.S. colleges and universities.” http://www.educationusa.info

Liz totally wowed us at last night’s dinner and this afternoon’s panel with her smarts, travels, passions, choices, wits, and social intelligence. She organized and moderated the event today, and it was great to be amongst interesting ladies from Wellesley and Smith too. Yay for the Seven Sisters representing in Bangkok, Thailand!