I was blown away by  the Yoko Ono retrospective at the MoMA in September of 2015, Yoko Ono: One Woman Show, 1960–1971. During a chat with music teacher, Sheila O’Shea, I spoke of the incredible exhibit and how I purchased the book Grapefruit which was full of instructional performance pieces penned in poetic bursts of words. Sheila was inspired to share this with her students, and they created original artwork to complement their interpretation of Grapefruit’s instructions. 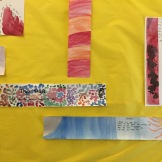 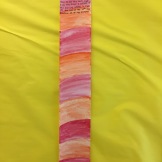 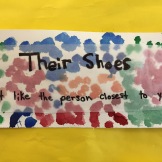 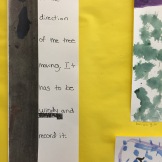 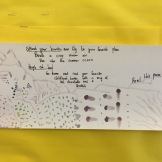 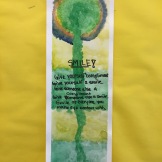 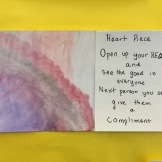 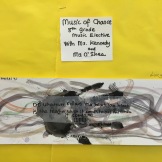